We have recently changed our name to the Moonta History Centre to more accurately reflect the work that we do. Let us take you on a journey of discovery to see what you can find out about the cornish origins of your family.

Visit the friendly staff at the Moonta History Centre, located in the School of Mines, Ellen Street, Moonta, South Australia, to see how we can help.

Family history brings families together. It helps us to understand those around around us and within our families. See if we may be able to help you.  We can utilise our vast network of resources to pull together some comprehensive information on your family. Alternatively, you can utilise our resources to find your own history.

As Australia this year celebrates 100 years of the RAAF, we recognise the significant contribution to this association by a person originating from Moonta. Sir Richard Williams was born in Moonta and went on to be considered the father of the RAAF.  Read more on his activities.

Some of our photos are courtesy of the Australian War Memorial and the South Australian Museum. Acknowledgments and further references are available from our reference material at the centre.

Preparation for the statue

This grave marker is one of two known Wooden Grave

The Unveiling of our Statue

Preparation for the statue 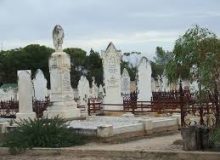 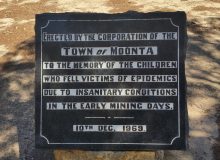 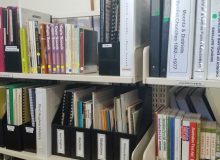 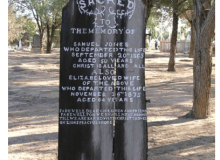